Did you know that September is National Preparedness Month? My reports this month are going to focus on various natural disasters and how to be ready to weather the storms. This week – monsoons!

Five days of heavy and unrelenting monsoon rains in the Kashmir regions of northern India and Pakistan have killed over 120 in India and 160 in Pakistan in landslides and flash floods. In India, 450 villages are submerged and 2,000 others have been affected, while in Pakistan the floods have hit at least 286 villages and collapsed over 4,000 homes. Rescuers in both countries are attempting to reach thousands of stranded citizens, though their efforts are being hampered by fast-moving floodwaters. For example, even though the rains had stopped on Sunday, the overflow from the Jhulem River was moving too quickly to allow boats to reach those in need. In Srinagar, a major city in Indian-controlled Kashmir, the floodwaters were 12 feet deep, with entire houses completely under water. Even the state’s maternity hospital was flooding, forcing patients and staff to flee to higher floors of the building. The Indian Prime Minister has described the situation as a “national level disaster.” 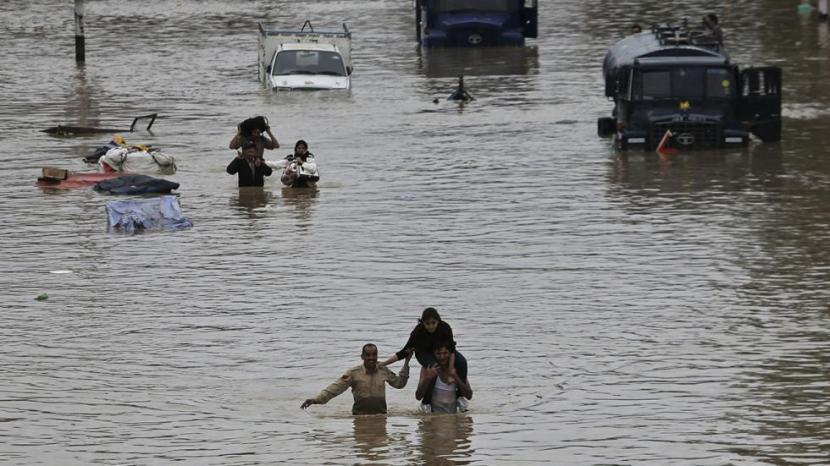 END_OF_DOCUMENT_TOKEN_TO_BE_REPLACED

Monumental flooding from three months worth of rain falling a in few days in Serbia, Bosnia-Herzegovina, and Croatia has caused more than 40 deaths and the evacuation of more than 500,000 people.  There are also concerns that thousands of people are trapped in buildings without power or communication.

In the largest amount of flooding since the country started maintaining records 120 years ago, the River Sava has reached 6.3 meters (20.7 feet) and has flooded the town of Obrenovac, approximately 35 kilometers (22.7 miles) southwest from the capital of Belgrade.  Near Obrenovac is the Nikola Tesla power plant complex that supplies nearly half of the country with coal-generated electricity.  The flooding threatens to leave millions of people in Serbia without power.  Along the river’s path, residents of another 11 towns have been ordered to evacuate. Along the Danube River, a thermal power plant in Kostolac that supplies 20% of the nation’s power also confronts significant water damage, and workers are attempting to protect it with sandbags.  An estimated 300,000 people are without safe drinking water and electricity.